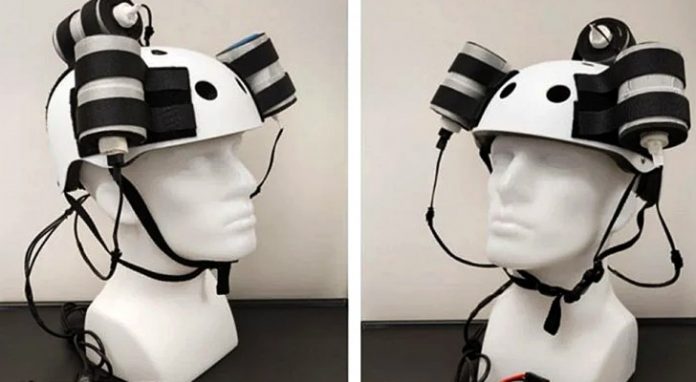 The fight against cancer, especially in its most aggressive forms, is a mission that is still going on in the scientific world. Every discovery and innovation counts and the special tool we want to tell you about is not left out.

At first glance, you could say that this is a helmet. Using a magnetic field, this device can effectively reduce glioblastoma, the most invasive and malignant tumor that can affect the brain.

It goes without saying that tackling an aggressive form of cancer like glioblastoma with a non-invasive method like this could be a game-changer. Just being able to treat and reduce it, given its severity, rapid growth, and high death rate, is an achievement in itself.

Although glioblastoma is, fortunately, a rare disease, it poses many problems, both for those who develop it and for those who need to treat it. The helmet in question, therefore, promises to put an end to this situation. It has been presented to the world by researchers at the Houston Methodist Research Institute and Weill Cornell Medical College, in several articles published in Frontiers in Oncology and other trade journals.

“Thanks to the courage of a 53-year-old patient with glioblastoma,” said neurosurgeon David S. Baskin, “we were able to shrink his tumor by 31% in a short time.” The patient then sadly died for reasons unrelated to the study, but the data spoke volumes: the magnetic headset intended to reduce cancer was working .

According to the researchers, this is the world’s first non-invasive therapy for glioblastoma. But how does this special helmet work? Mainly thanks to an oscillating magnetic field, generated by three powerful rotating magnets mounted directly on the device. It is these instruments that, by means of specific procedures and by intervening in the metabolism of tumor cells, succeed in destroying glioblastoma cells while leaving healthy cells intact.

The patient in question had experienced a recurrence of cancer, although he had initially received intensive “traditional” treatment. This is why he agreed to submit to the test with the magnetic helmet in question.

After 36 days of treatment, his glioblastoma was reduced by 31% and, at the same time, the 53-year-old man saw his speech and cognitive functions improve. Unfortunately, due to an accidental fall, the patient did not get out. Despite this tragic event, experimental therapy gave encouraging results, to say the least. The helmet has emerged as a non-invasive and effective treatment option for one of the worst forms of cancer. No radiotherapy or chemotherapy, therefore, just that special “helmet”. This breakthrough, according to the doctors who developed and conducted the research, is proven, and it remains to be hoped that it will actually help many suffering people.