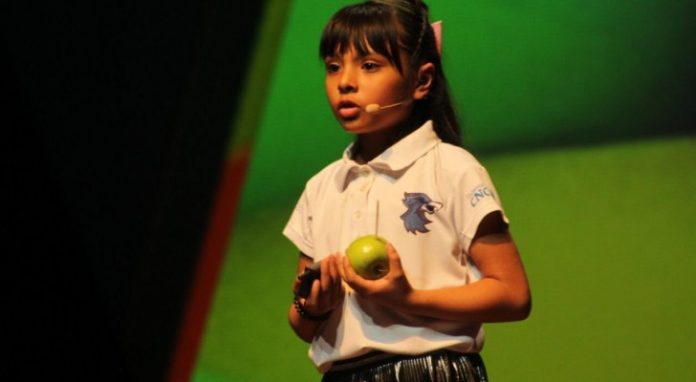 There are people who, thanks to their extraordinary intelligence, are considered to be true geniuses. There are children and adolescents who, despite their very young age, have achieved goals that many people think are unattainable. And Adhara Pérez is one of those children: she is from Mexico City, she is only 9 years old and her IQ exceeds that of Albert Einstein and Stephen Hawking.

With an IQ of 162, slightly higher than that of Albert Einstein and Stephen Hawking, this child prodigy started taking IQ tests when she was only 4 years old. Even then, she had shown abilities that were out of the ordinary. Today, at only 9 years old, Adhara is working on two degrees: one in systems engineering and the other in industrial engineering. Although she is incredibly young, she has very clear ideas: she wants to become a NASA astronaut. The University of Arizona offered her a place to study astronomy, and the young girl is already thinking of embarking on this new adventure to build her future.

But Adhara’s life has not been easy: at the age of three, she was diagnosed with Asperger’s syndrome – a disorder that is part of the autism spectrum – and for this reason, she fell victim to stalkers who targeted her because she was “different”. Her teachers also believed there was no future for the girl, possibly due to the misconception that autism is a limiting disorder. At only 9 years old, Adhara has proven that this is not the case.

Adhara’s mother always believed in her and, although she never had much money, she took her to a neuropsychiatrist for therapy. It was there that they confirmed her daughter’s outstanding IQ, which enabled her to complete elementary school at age five, middle school at age six, and high school at age eight. The woman is now considering accompanying her daughter to the United States, in the hopes that she can secure a college scholarship. A child prodigy, a victim of harassment, who teaches us that intelligence is stronger than all prejudices.