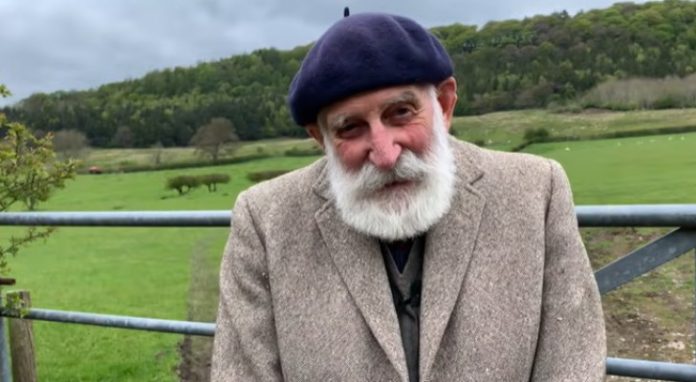 Some people are able to charm others just by the power of words: whatever their background, their interests or their profession, some people seem to have the “gift” of speaking. John Butler is one of those people: the 84-year-old man is a former farmer who became a YouTube celebrity thanks to his wise words.

The man from Derbyshire, England, is a modest farmer, proudly sporting a well-groomed white beard and wearing a simple shirt and friendly blue beret to match his gloves. His appearance is not the reason for his success: it is his words, the messages he transmits, the values ​​he defends. John is an early proponent of organic farming and has been practicing meditation for a long time. However, at some point in his life, he felt the need to communicate certain messages to other people. He began recording inspirational messages in hopes of passing on the lessons he had learned to others.

Her voice is calm, her tone is calm, her eyes are gentle. His words are compared to a glass of hot milk: they are heartwarming words that give a sense of security. On Youtube, he shares what he has learned and gives advice: without knowing it, he has helped thousands of people. A community has built up around his channel, which currently has 182,000 fans. His profile is called ” Spiritual Unfoldment with John Butler and his success began in 2016, following a TV interview. After the episode aired, members of the Autonomous Sensory Meridian Response (ASMR) community considered him special, no only because of what he says, but mostly the way he says it. His voice has, according to many, a calming power.

The man said, “So many people have this problem of restless mind, restless mind, and since one instinctively seeks some kind of balance, people seek rest or peace, right? no? If something in my voice conveys that stillness, I’m grateful. I’m not sure how it happens … but I’m just happy that I can share what I love. “