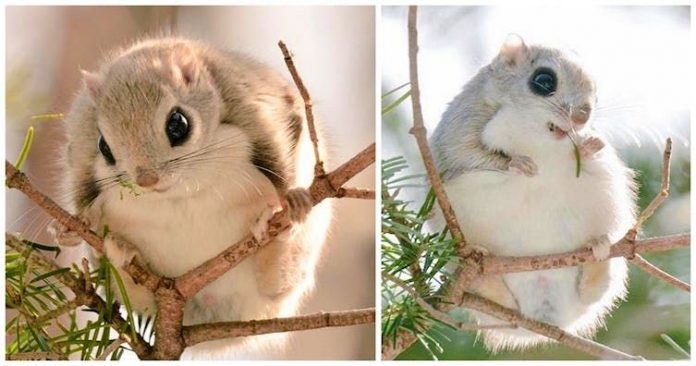 It has become a local mascot of sorts, appearing on the regional railway’s refillable ticket cards as they are so cute with their huge and dark eyes and little paws. They exist in boreal, evergreen forests. For around 160 million years these flying squirrels, of various species have inhabited various parts of Asia. Even America has its own flying squirrel.

These squirrels are active at night which means nocturnal. They have an excellent night vision with their huge, soul staring eyes.

They actually glide up to 300 feet and this gliding skill is via a specialized membrane called a patagium.

These critters actually have glow-in-the-dark bellies to add to their Pokemon appearance. There’s no clear idea for why this is or to what purpose it serves.