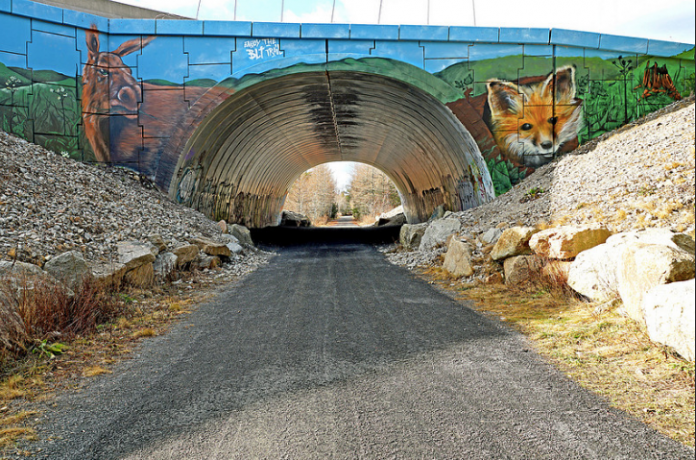 The Great Trail of Canada which is nearly 15,000 miles long is connecting major cities to all the natural wonders in between.

Now hikers, bikers, kayakers, and skiers can visit the Great Trail of Canada. This national treasure which is nearly 15,000-mile-long took a quarter-century to build. This is also called the largest volunteer effort in Canadian history.

Canadians can easily access some of the country’s most breathtaking natural wonders. The Great Trail is a network of hundreds of local trails and greenways that are all now connected by a single “thread” rather than being a single trail.

You’ll have over 400 individual trails to travel through even if you’re starting in the East at St. John’s or starting in the West at Victoria. They weave across all 10 provinces, with a huge looping detour north through the Yukon and Northwest Territories to the Arctic Ocean.

Don’t think that you’ll be able to traverse the whole thing with just a pair of hiking boots as the Great Trail consists mainly of dirt paths and rugged mountain terrain.

You need a kayak or canoe as over 25 percent of the trails are water “trails.”

For the most part, motorized vehicles are forbidden on the trail, except for snowmobiles. Other acceptable modes of transportation are cross-country skiing, horseback riding, and cycling.

You’ll be able to cover just about every type of terrain imaginable, from mountains, lakes, and plains, to coastal islands, and even the dreaded frozen tundra if you could across the whole trail.

Even a good chunk still runs through urban areas in major cities such as Halifax, Montreal, Ottawa, Toronto, Winnipeg, and Edmonton while most of the trail is found in the back-country.

The Great Lakes in Ontario is the longest part of the trail wraps around. It is also where there’s the freshest water in the world. There are absolutely stunning views in and around these waters.

The rugged backcountry of Oh Canada awaits if you’re looking for the adventure of a lifetime.