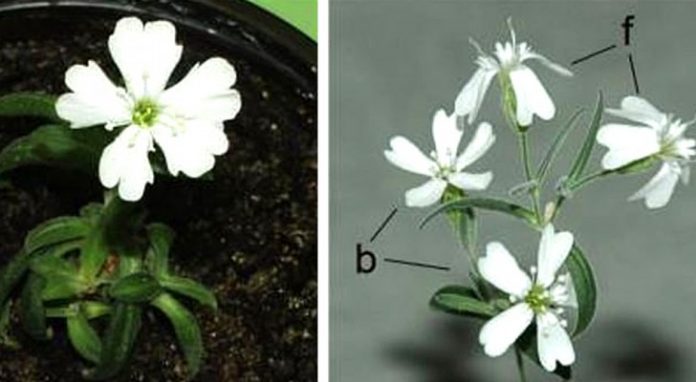 The layer of permafrost that covers the arctic regions of the world is like a treasure chest that can amaze us and give us evidence of a distant past, which has remained almost intact thanks to the ice in which it was enveloped for a very long time.

Russian scientists know something about it: in Siberia, they unearthed fruits of plants preserved by the thick ice cover, as if they were in a state of prolonged freezing. Imagine being able to observe perfectly preserved natural elements dating from prehistoric times: this is what these researchers did, who succeeded in regenerating a series of plants from fruits dating back 32,000 years !

It is well known that permafrost acts as a “container” and a cover for various elements. However, it’s pretty amazing to think that real prehistoric treasures can be found beneath this thick ice sheet, which is threatened in many cases by global warming and the resulting ice melting.

Treasures such as the fruits of Silene stenophylla , a 32,000-year-old plant that the Russian scientific team in question found while engaged in a massive excavation campaign to identify squirrel burrows beneath the permafrost, as well as any food stored there.

Among the biological material found in permafrost, therefore, we find the fruits in question, which were preserved by ice and were immediately the subject of studies to determine if it was possible to “resuscitate” them into plants . And that’s what happened. Researchers initially tried using the seeds contained in prehistoric fruits, but were unsuccessful. Then, by taking placental tissue from immature seeds and using cloning technology, they were able to grow 36 plants .

These ancient plants have come back to life today, as they were on our planet in the Upper Paleolithic. This is a record regeneration, since the oldest plant to be regenerated was a Judean date palm, from around 2000 years ago.

Faced with these “new” old plants, scientists have noticed some differences, small but noticeable, with today’s Silene stenophylla. The petals, for example, were more widely spaced, and the seeds were more productive, producing 100% of the time. In short, permafrost has once again proved to be an incredible and fascinating receptacle of wonders and testimonies, as if it were a “storehouse” of our past, important to protect and preserve. Who knows what other discoveries the future holds!