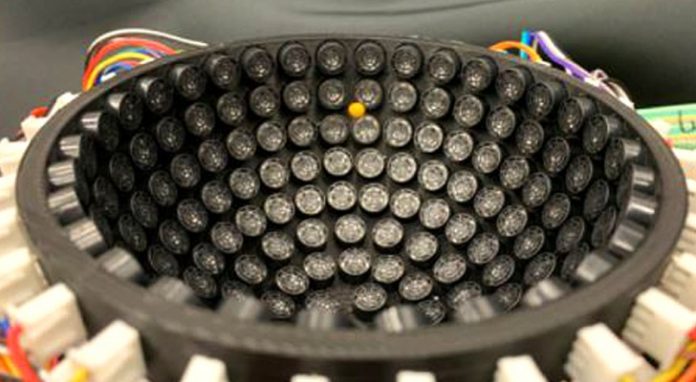 Move an object without touching it or using any tools. Anyone who hears such a phrase immediately notices that there is something strange, unreal, and at the same time inaccessible to it. And yet, according to the Japanese research that we are going to talk about, this does not appear to be the case.

The reason is simple: the technology developed by a team of Japanese physicists and engineers would make it possible to manipulate objects of a certain weight thanks to the power of sound. Indeed, starting from similar advances already made in the field thanks to lasers, these researchers have created a sort of ” acoustic trap “, capable of lifting rigid elements thanks to sound waves.

There are many areas that could benefit from this technology, from biomedical engineering to the development of pharmaceuticals. Handling small objects without touching them could be very helpful. Although there are already “optical tweezers”, which use technology based on special lasers capable of levitating objects and exerting “pressure” on them, Japanese research seems to exceed them and to be more promising, because they could move heavier objects.

This is what Shota Kondo and Kan Okubo of Tokyo Metropolitan University said after presenting to the world their hemispherical acoustic network which, thanks to a sound field, is able to move objects away and therefore lift them.

“We have created an acoustic trap, explain the scientists,” with sound channels optimized for phase, amplitude, and reproduction of sound. ” By dividing the network into blocks, the Japanese researchers succeeded in obtaining the desired sound field.

“We are convinced that in future studies, continue the Japanese scientists, we will be able to improve the robustness of this instrument.” In fact, the method is not completely reliable at present, because humans are not always able to easily control it, according to the Japanese Journal of Applied Physics, where the research results were published.

However, despite these initial difficulties, there is no doubt that this is an extraordinary achievement, a real advance over previous technologies in this field, which it is hoped can be improved and improved. find more and more widespread applications in different fields. What do you think? Sometimes we have the impression that science is also based on a little … magic!