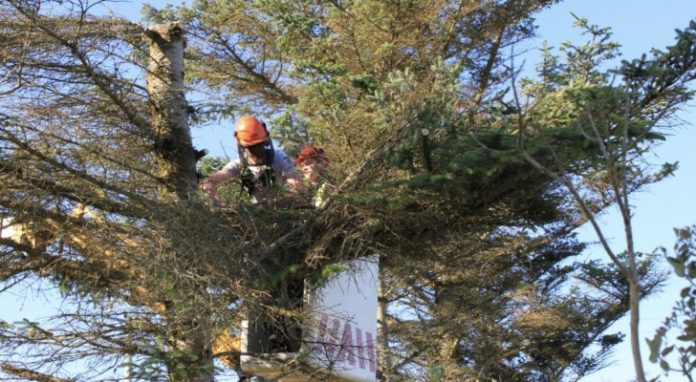 When it comes to neighborhoods, living together can be difficult. In addition to the classic rules to be observed – such as not making noise during rest hours, not parking your car in the space reserved for others, respecting the common areas – there are unwritten rules. Despite the efforts made to maintain a civilized relationship, there is no shortage of disputes and some people go to extremes. They do it out of revenge, out of spite or just to annoy the person who years ago did a little wrong or who – unwittingly – caused a nuisance. This is what happened to Bharat Mistry and his family: their neighbors did something that they believed was wrong .

Bharat Mistry, 56, was left speechless when his neighbors called for people to cut in half the tree that has been in their garden for 25 years . The tree had, in the past, been the subject of discussion: it is indeed at the corner of the sidewalk belonging to Bharat but, with its branches, it slightly invades the space of Mr. and Mrs. Lee. They had complained that the birds in the tree were making too much noise and littering the driveway. But the real problem was not the birds, but the fact that the tree was blocking their path and encroaching on their space .

So they turned to professionals, who cut the beautiful tree exactly in half: the arborist told the vengeful family that the tree would grow back, and the family replied that in this case, they would cut it again. . But do they have the right to do so? They claim that yes: the tree does in fact belong to the family of Bharat, but if it protrudes and encroaches on their property, they are allowed to prune it back and take whatever measures are necessary so that it is no longer a nuisance.

The images quickly went viral , turning into memes on social media. The street, located in Sheffield, England, has also become almost a must-see – many locals have come to see the beautiful tree cut in half with their own eyes. Bharat and his family were distraught, they had begged their neighbors not to do it and – although they had the right to do it – they think it is unfair. Will they take revenge, too, or will they try to forget what happened?