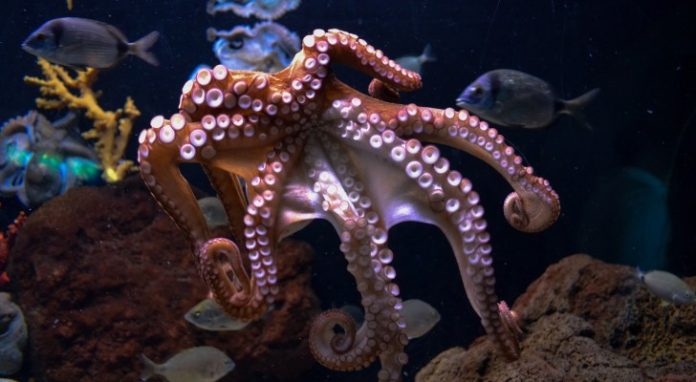 Researchers have always been fascinated by the behavior of different animal species during mating or attempted mating: one of the most striking and interesting examples is that of the black widow devouring the male after mating. Female octopuses also exhibit interesting behavior during mating or, more specifically, when mating is not desired.

Research by researchers at the University of Sydney found that female octopuses behave in an unusual and rather funny way: they throw objects – including sand, seashells, and algae – at the males. who make unwanted “advances” to them. Researchers studied octopuses in Jervis Bay on the south coast of New South Wales. Scientists observed a female octopus throwing objects at a male octopus ten times, of which she managed to hit him five times. Why did she behave so aggressively? Because the male octopus had tried to mate with her many times. But sometimes attempts to hit the male are unsuccessful, and in this case, unfortunately, and unintentionally, the fish are affected.

Although it may seem like an odd practice, the throwing of objects by octopuses is very common. The researchers said that “the throwing is done by picking up materials and holding them between the tentacles, then throwing them. The force is not delivered by the tentacles, like in a human throw, but the tentacles organize the throwing. of the throw “. Research has shown that octopuses fall into the category of animals that throw objects at other animals – usually of the same species – because they are motivated to do so. The researchers specified that “if they are indeed targeted, these throws are directed at individuals of the same population within the framework of social interactions”. When attempts to mating are repeated and unwanted, female octopuses do not hesitate to take action, and even extreme. Did you know this behavior?