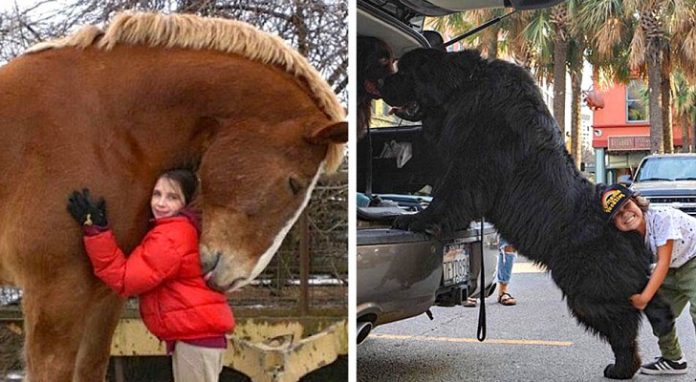 Although our minds tend to associate a specific animal with specific dimensions, we learn every day that nothing is so obvious in nature. So even a simple harmless “kitten” can manifest itself in the features of a specimen of truly extraordinary dimensions.

These are animals so large that they almost impress the humans around them. It is precise to these particular creatures that the photos we have collected below are dedicated: let yourself be surprised and admire some of the largest specimens in circulation!

#4. A gigantic horse to say the least: the photo comments on itself!

#5. Huge unexpected guests on the boat …

#9. Quite frightening, although fascinating in all its greatness!

#11. Simply majestic: there are no other words to describe it!

#14. He was destined to become some kind of giant!

#15. Forget the cute “classic” squirrels: this one is nothing short of huge!

Have you ever seen animal specimens of such a size?