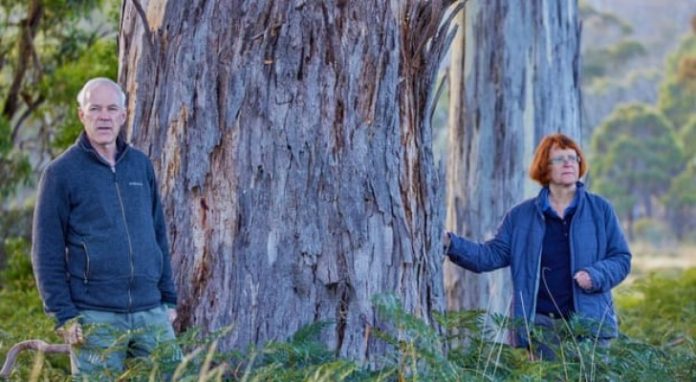 What can be done with $ 1.6 million ? What would you buy with such a sum? You can think about traveling, buying your dream house and car, donating it to charity, investing it. With such a sum, you can potentially do a lot. But Bruce decided to use the money for a very noble cause. After hearing the news that he had inherited $ 1.6 million from his father, he and his wife Ann made the decision to use the money to protect a rare wildlife refuge in Tasmania , the Prosser River Reserve.

A place with mountains, springs of water, many varieties of birds, giant and ancient trees – these were some of the things that won over Bruce and Ann McGregor, a couple from Melbourne who visited Tasmania in 2019 Ann is an environmental planner and Bruce is a scientist and researcher. So the couple had no doubts: they decided to use the entire amount to purchase 1,534 hectares of land on behalf of the Tasmanian Land Conservancy , a non-profit organization that manages and protects natural sites of great value.

“We thought this was the opportunity to protect something from the top of these beautiful hills to the valley floor,” says Bruce. Indeed, the noble gesture of this man made it possible to protect the fauna and flora of this beautiful reserve, which has 14 types of plant communities and 11 endangered plant and animal species.

Bruce’s father left behind more than a large sum of money: he taught his son to love and respect the environment . His father was also interested in the protection of nature. So it was natural for Bruce to give up material possessions for something much bigger. For the Tasmanian Land Conservancy, Bruce’s gesture resulted in the extension of more than 10% of the land it manages statewide, which is also a green corridor for a number of animals, allowing them to move between natural areas.