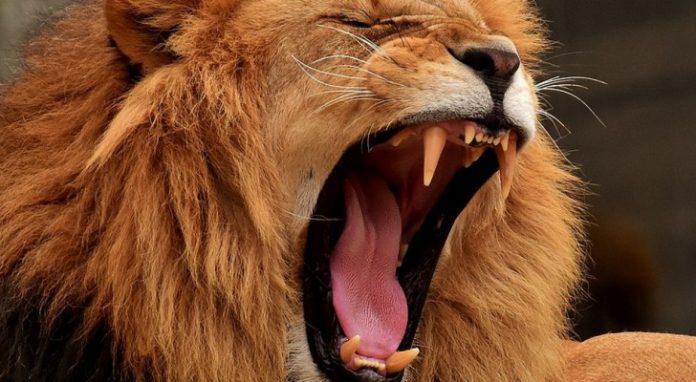 According to Dr. Michael Breus, sleep specialist and author of several books, there are four different chronotypes: The chronotype indicates the sleeping and waking patterns of each individual. There are those who prefer to get up early in the morning to finish before the working day, those who can not help but snore until late to give the best after, and the different nuances between the two extremes.

Knowing your chronotype is fundamental to improving your health, being happier and more productive, according to the “sleep doctor”; there are four, that of the lion, the dolphin, the wolf, and the bear. What’s yours ?

Leos are the ones who prefer to get up early and start the day immediately, without too much delay. But lions are also the ones who suffer from low energy in the middle of the workday, forcing them to slow down.

According to Dr. Breus, this particular chronotype would need to snack more during the day and drink a lot to keep energies at a stable level. In the morning, it would be better to devote it to analytical work, which requires more attention; in the afternoon, however, it is best to devote it to creative tasks.

If you are a bear, then you like to sleep a lot: you tend to follow the movement of the sun, so you go to bed not too late, and you wake up with the sunrise.

Ideally, a bear’s day should start at 7 a.m. with a very high-protein breakfast without coffee, at least during the first hour and a half of wakefulness.

At work, bears perform very well at tasks that require attention and concentration in the wee hours of the morning, leaving the lighter tasks in the afternoon.

The early hours of the evening are a great time for bears to exercise; the meal before rest must be very light, in order to gently accompany the body towards falling asleep.

People who suffer from insomnia, and more generally from sleep disorders, are very often of the dolphin chronotype. To combat this type of problem, the first thing to do when you wake up is to do some gentle gymnastics or a run, followed by a high-protein breakfast.

The morning is a time of the day generally “flagada”, it is thus preferable to devote these hours to a less demanding work, which will allow the body and the spirit to wake up well (if the physical activity does not have already been done). In the afternoon, when the energies increase, we can launch headlong into the resolution of complex mathematical paradoxes.

The hours following dinner and anticipating sleep – more or less from 8 p.m. to midnight – it is recommended to get rid of all types of screens, preferring an activity that reconciles rest (reading, coloring a book, embroidery. ..).

Wolves identify what is most commonly used by “owls”: going to bed late and waking up late in the morning. Wolves have a lot of trouble starting before 9 am.

This type of person should not be made to feel guilty: on the contrary, more and more companies – for the moment only the largest – are now establishing work schedules based on the chronotype of employees, in order to respect their trend. natural.

Breus advises wolves to start their day with breakfast around 8 a.m. and then switch to light physical activity. The last hours of the afternoon are the most productive, those devoted to important meetings and activities that require special attention.

Dinner can also be postponed after 8 p.m., as long as you avoid heavy foods and alcohol, which can affect the quality of rest.

We are used to a society with fixed schedules and rhythms to which everyone, with more or less effort, must conform: the evidence that each of us has different habits in matters of sleep and wakefulness is moreover stronger, as well as the certainty that respecting one’s own circadian rhythms is essential to enjoy excellent mental and physical health .

Probably, in the future, the work will be more personalized, without fixed hours, so that everyone can do it at best, without having trouble keeping up with the rhythms.

Have you discovered your chronotype? Are you going to do anything to make sure you stick to it and lead a healthier, more balanced and more productive life?