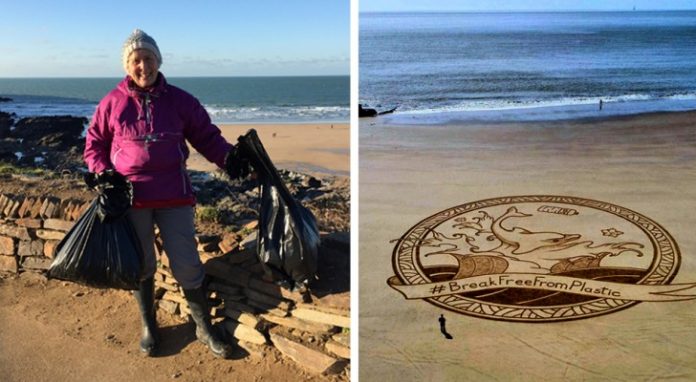 Have you ever thought about grabbing a bucket and spade and cleaning the beaches on our summer vacation from pollution from plastic and other materials? A 70-year-old lady from Cornwall decided in 2018 to clean up one beach per week, with the astonishing result of 52 natural sites completed in one year!

The British lady’s spirit of volunteerism began when in 2017 a documentary on the pollution of planet Earth was shown in the United Kingdom.

Pat Smith was so engrossed in the topics covered in the documentary and so worried about the devastating consequences of plastic pollution on beaches and seas around the world that she decided to do the impossible: clean one beach a week from now on. of the following year, 2018.

Thanks to Pat Smith’s efforts and invaluable help from the Cornish community, the elderly woman was able to clean 52 beaches in 2018 alone; but Pat Smith’s mission did not end with last year’s challenge. The English lady has launched a campaign against the pollution of all kinds of plastics under the name The Final Straw with the aim of freeing the region of Cornwall and the rest of the planet from excess plastic.

The Final Straw is particularly aware of the pollution caused by plastic straws, one of the main risk factors for the preservation of marine flora and fauna and the most common plastic-derived material on beaches around the world. . Pat Smith and his association want a planet Earth without any type of straw!

Pat Smith’s story is a tremendous lesson in how we can all, in our own way, make a surprising and effective contribution to the preservation of our planet Earth, our only home. Irreplaceable and fragile, it is up to us, the inhabitants, to keep it alive in the best possible way.

Are you ready to join Pat Smith in the fight against pollution?