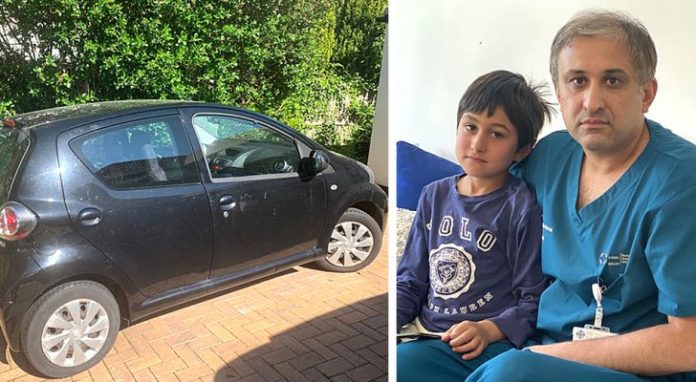 Today’s technology brings us joys but also some frustrations. We could sum up this, also widening the sentence to include children, what happened to the man we are going to tell you about.

A father who, judging by what happened, may have been a little too reckless in handing the smartphone over to his 7-year-old son. The child, in fact, fond of video games, used the telephone to play game after game, and not only. While progressing in the game, the child saw fit to make a long series of in-app purchases, that is to say the transactions offered within the applications to make updates or, as in the In this case, advance in the game. The total? About 1,520 euros, a sum for which the father was forced to make a rather radical decision.

It is not hard to imagine the amazement felt by Muhammad Ashaz, a man from Colwyn Bay, North Wales, when he received 29 receipts in his electronic mailbox for payments ranging from € 2 to more than 110 € from Apple. The reason ? The Dragons: Rise of Berk video game, of which his son is an unconditional fan, so much so that he would do anything to progress and always play more.

Thus, level after level, little has continued its purchases chaining transactions more or less expensive , for a total that not only thrilled his father, but also brought the man to think that it was of Apple’s glaring error or scam .

“At first I thought I was the victim of a scam – said Muhammad – I never believed that it was possible to spend so much money on a game”. His dismay and anger have also turned against Apple, which, according to him, should have better control over who makes these in-app purchases , which should have limits, especially since children like his son often play these games.

To cope with these digital expenses, the man was forced to sell his car , a Toyota Aygo. Although he was reimbursed around € 240, he still accused the US tech giant of “stealing” him and his son, given that all the purchases took place in space. one hour of play.

What do you think ? Costly distraction, lack of control from Apple, or both?